July 30, 2010
Dear Members and Constituents,
How one sees things is inevitably conditioned by one’s perspective. Take, for example, the shepherd who tells his incredulous buddy about the Pterodactyl he just shot. “Did you kill it?” asks the friend. “No, but I did startled it enough to drop the sheep it had taken”. The newspaper article describing this self-same event tells the tragic story of a hang-glider pilot plummeting to his death, shot-down by a cold-blooded sniper. For those of you gaping in horror, this is a cruel joke (any similarity to actual events is unintended –and highly unlikely). It does help me make the point that our experiences frame our perception. This is the proverbial box we keep being told to think outside of.

I recently got a taste of my own ethnocentricity in Panama City’s Tocumen International Airport. I awaited my connection, browsing duty-free goods in this giant monument to consumerism, when I had to do a double-take. A Dunkin’ Donuts. This remote enclave had a quintessentially American icon. A donut chain Denver lacked, for that matter. The tenth largest central business district and sixteenth largest T.V. market in the U.S. was outdone by a third world city half its size. For those of you gaping in horror, this is not a cruel joke (any notion Denver is the donut capital of the world is misplaced –and misguided). My prejudices led to my incredulity. 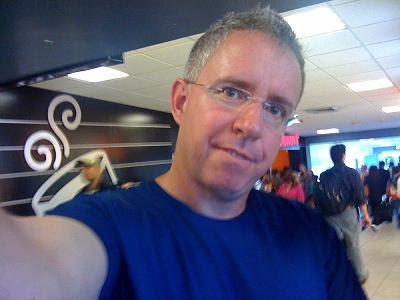