Out With the Old, In With the New

December 31, 2010
Dear Members and Constituents,
This last day of 2010 finds me busy with last minute preparations for a traditional Ecuadorian Año Viejo celebration (you guessed it, I’m not in the office today). For the curious among you, Año Viejo (literally “Old Year” in Spanish), is a unique spin on the “out with the old, in with the new” theme surrounding this time of year. It involves building one or more mannequins anthropomorphizing the year which is about to expire. These mannequins range from the generic to very elaborate arrangements representing something old. The most frequent themes are self-effigies (for people who had a negative life-event), politicians (easy pickings) and negative world events. In Ecuador these dummies are set-up in displays and traffic blocked by “widows”, usually men in black dresses, mock-grieving the passing of 2010, asking for alms from the curious folks out to see the creative arrangements. Shortly before midnight, the last will and testament containing 2010’s mock-inheritance to those present will be read to the laughter of all recipients. At midnight, as the old year expires, the mannequin is burned, carrying with it all the negativity of the preceding 365 days and setting the stage for a clean start. Over the fire pit, folks will sometimes jump over the flames for good luck, the young leaping while the fire burns bright and the old stepping over the dying embers.

Año Viejo parties have been a staple of the González household for many years, however, this week I have embarked in my most ambitious project yet: I will be staging a new airport security checkpoint. Unfortunately, I am not done yet so I can’t show you the final product, however I can show you my progress. Pictured below are two security guards and a beautiful traveler at various stages of construction. I will leave the rest to your imagination. 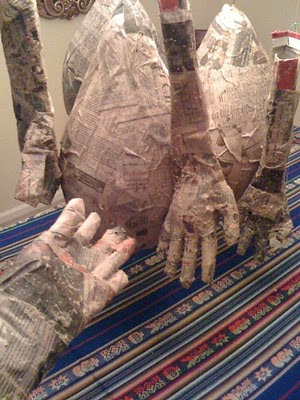 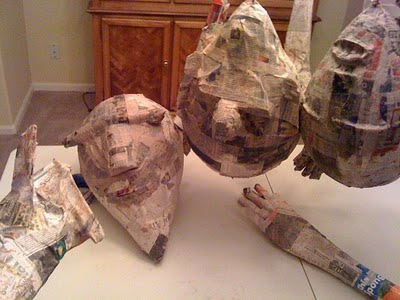 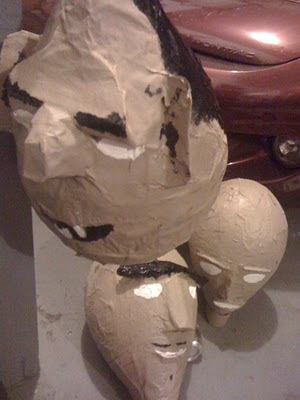 What is complete is this morning’s donut delivery. Jay Leslie (donut boy) just sent me a note indicating LaMar’s is delivered. So, for those of you fortunate enough to be in the office today, weave your way through the tumbleweed and grab your last donut(s) of 2010.
Happy Friday!

P.S.
As a follow-up for those of you whose curiosity was peaked, imagine no more, here are four photos of the finished product.


With the new TSA security procedures in full effect, guests are greeted by a twist on the familiar 3-1-1 sign 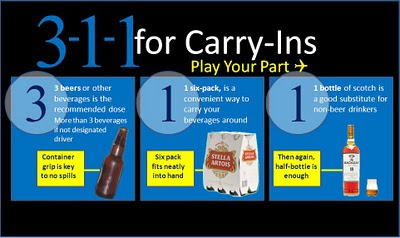 As you might expect, a TSA agent guards the entry way 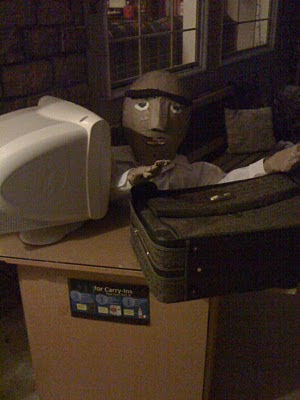 What better warm-up to fly the friendly skies, than a friendly pat-down by a TSA agent?… 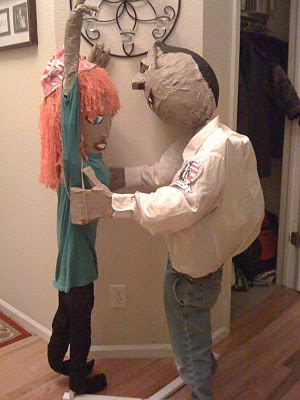 Finally, at the stroke of midnight what started as an awkward experience ends as a flaming affair 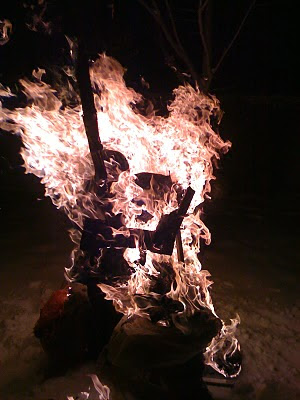