The Friendly Donuts are Here 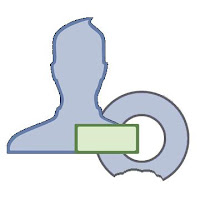 It appears I’m not as cool of a dad as I thought: I’ve been “unfriended’ by my kids. My hunch was confirmed this week when I was unable to find my eighteen year old son amongst my “friends” to post warm birthday wishes to his page. As it turns-out my sweet sixteen year old daughter is also absent. I must admit I had a hunch. Something had felt off for a while. My son’s brash comments and daughter’s quirky remarks had, after all, been missing from my “news feeds”… it simply had not yet clicked. While I can certainly understand their perceived need for independence and privacy, now that it’s official, I must admit to feeling a bit hurt , a little betrayed and a sense of loss. I thought I was doing all the right things. I don’t let apps post things on my behalf, I don’t blabber-on about frivolous or mundane tasks and I avoid posting embarrassing messages to my kids’ pages (which in this case meant I was completely abstaining from posting, after all, at that age anything your parents say is embarrassing). I was guilty of providing them some offline etiquette tips and feedback, but one can hardly be blamed for trying to educate one’s kids. So, what’s a parent to do? I am conflicted. I’ve always known I can’t monitor as much of their lives as I’d like and trust them to apply the examples they’ve learned at home in their lives. I must allow them to make mistakes and hope they acquired the character to do what’s right, regardless of who may be watching. I suppose every generation goes through challenges of the same kind and my parents probably struggled with the natural rebellion associated with my coming of age (in the pre-Facebook era). Come to think about it, not being there for most of your kids’ day –at school or on a date– is a reality of life. Perhaps this unnatural window into their lives, which had given me a different sense of connection; of being there, was destined to close sooner, rather than later… still, why can’t we be friends?.

Fortunately, when it comes to donuts, there is no unfriend or block button. Sure you are free to leave the club at any time, but you’ll always be our friend. This morning, after many trades due to travel, a long time Friday Donut Club friend, Paul Savill finally gets a chance to shine. And shine he does with a great selection of LaMar’s donuts (watch out for the maple bars). So come on down and feel free to share your sage advice on family, friendship and Facebook.