They say a picture is worth a thousand words. The content density of an image can simultaneously speak to many storylines without using a single word. For instance, imagine a basketball player. He drives for the hoop,
his eyes set like flint on the basket, as he flies past his flat-footed contender. The crowd holds their breath, mouths half-open. The young Dayton player exudes a strong sense of purpose. The Buckeye seems stunned. You can almost feel the air getting ready to go out of the room as a sense of destiny begins to set-in. You are starting to get a sense for this powerfully charged image and yet this is but a sketch of the full picture (perhaps, because I only used sixty seven words). So, what do a thousand pictures tell us? It turns-out they are worth one word. The word “donut” to be precise. This morning Andrew Labbe (donut boy) donated the mosaic depicted at left to the Friday Donut Club (don’t worry he also brought four dozen crazy Voodoo Doughnuts). So come take a look at the thousand tiny Simpsons images and then grab yourself some of that Voodoo magic. Ummm donuts!

P.S. The artwork and the donuts are at Ed’s office. He will be back next week once he has had a chance to mourn Ohio State’s premature exit from the tournament. 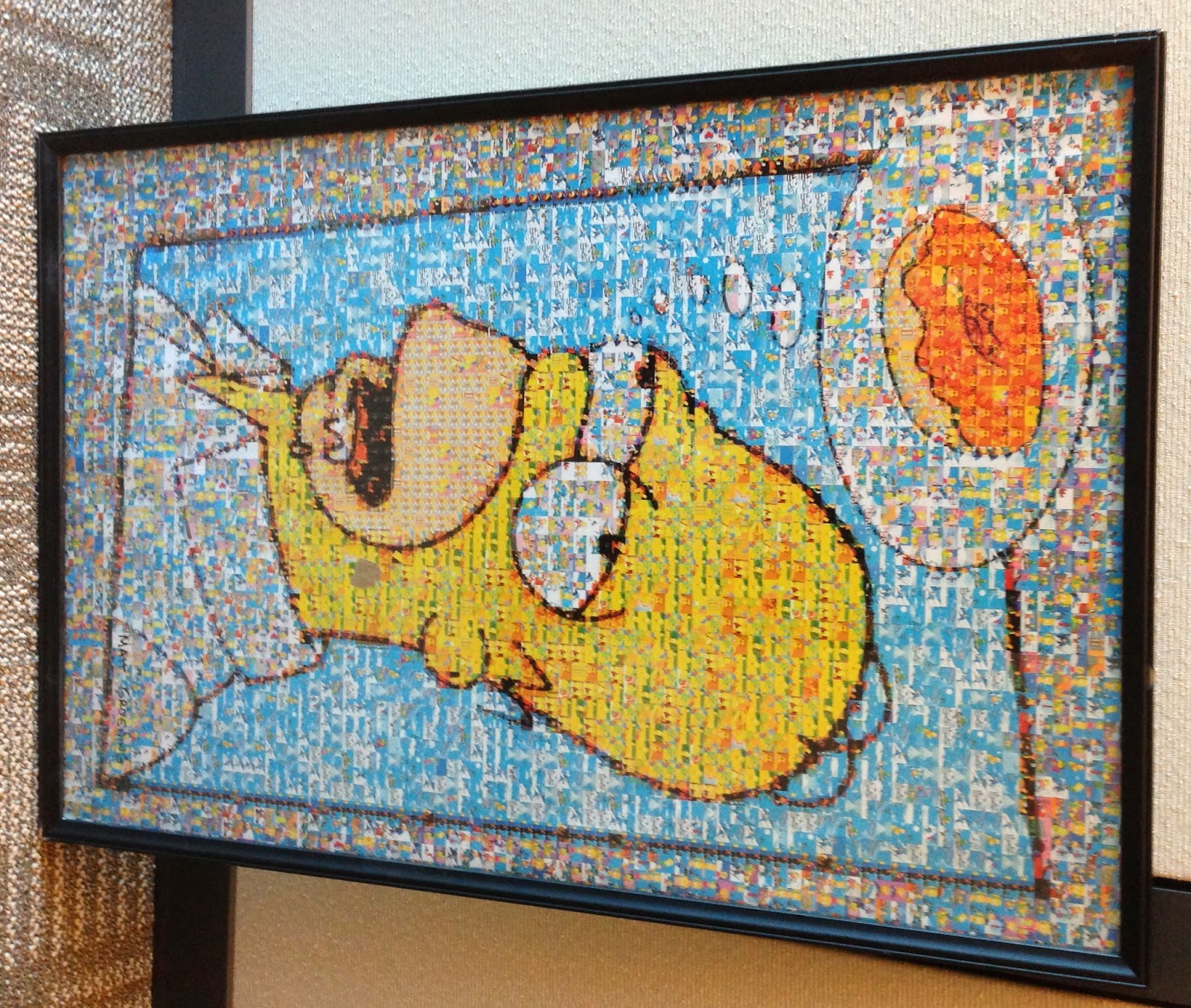