April 08, 2016
Friends,
Scientists have been known to use the word “dark” to sound smart when they’re really talking about phenomena they can’t properly explain (give something a name and it appears a lot less mysterious).

·       Dark Matter is used to describe missing stuff we believe must be there to produce the requisite gravity needed to hold galaxies together.
·       Dark Energy is used as a crutch to explain the force driving the Universe’s inexplicable accelerating expansion.
·       Dark Flow is the observed drift of thousands of galaxies, being pulled towards what might be a super-massive object outside the observable universe (perhaps a sibling universe?), somewhere between the constellations Centaurus and Vela.
If scientists can do this, why not common folk like you and I? Here are a few I can think of:
·       Dark Homework is that assignment you swear you turned-in yet somehow your teacher has no record of having received.
·       In the world of telecommunications, Dark Fiber must be an idealized transport method customers believe will deliver unfathomable capacity at ridiculously low prices –the golden unicorn of network access methods –pardon my Dark Humor.
·      Finally there are Dark Donuts which come from the Donut Bar – a place which doesn’t serve liquor but does have a nice selection of inebriatingly delicious pastries.
So satisfy that dark need for a sugar fix. You may not be able to explain it, but you know you want it.
Happy Friday! 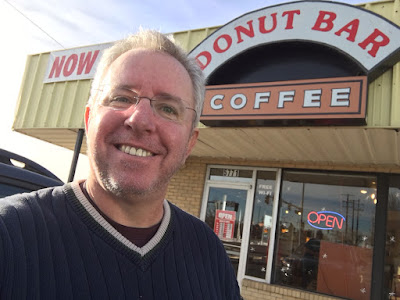