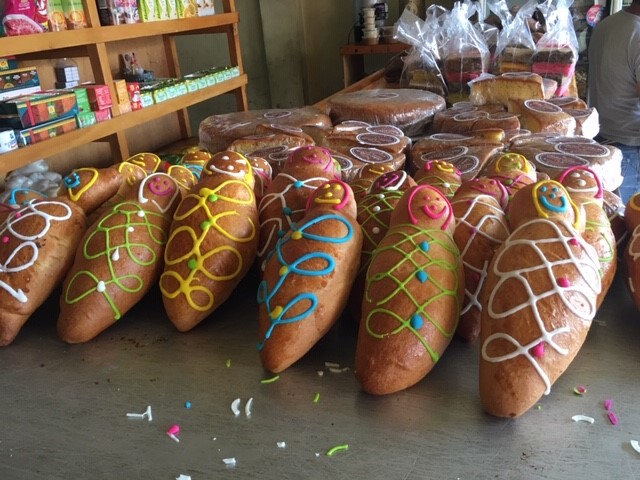 You’re likely familiar with the spooky Celtic traditions that spawned Halloween. You might even be versed in the eerie amalgamation of Mesoamerican and Catholic traditions that became el Día de los Muertos. Just when you thought you’d heard them all, I’ve got a new one for you—well, the tradition is quite old, I just expect it to be new to you. In Ecuador, an All Soul’s Day delicacy (November 2nd) are Bread Babies –Guaguas de Pan (pronounced wa-was). I’d never really questioned why we did it, just enjoyed the pastries, often followed by a Colada Morada chaser –a traditional All Soul’s Day concoction, made with 8 herbs, 5  fruits, purple corn flour, sugar and water, which is best served hot. So, I did a little research. It turns out the Incas mummified their dead and would bring them out of their graves once a year to share food and colada morada as a form of showing respect and remembering your ancestors. Of course, the Spanish would have none of this tomb desecration. So, large loaves of bread shaped like the bound mummies began to be used as stand-ins. With time the recipe evolved (European wheat replaced American pumpkin as the main ingredient) and the form factor became smaller, leaving ordinary folks like me to shrug our shoulders at the odd shape while enjoying the taste. So, on this All Hallows’ day, enjoy a Guagua de Pan, if you’re lucky enough to find one. If not, I think a donut would be a fine stand-in.
Happy Friday! 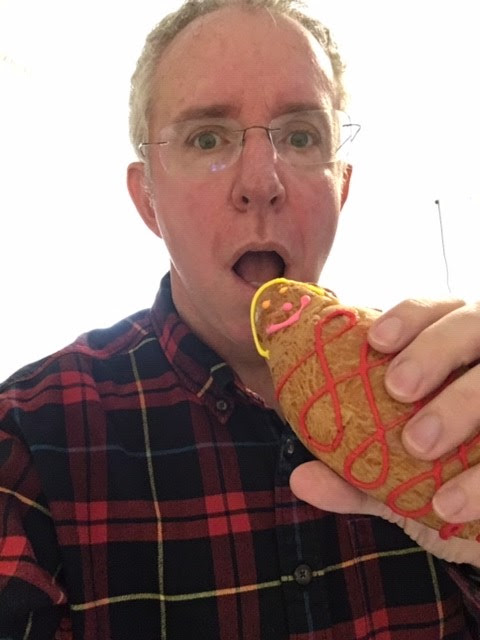