WARNING: Today’s missive, while thought provoking, treads political waters and could be perceived by some as proselytism. If you are triggered by politics, maybe don’t read this week. I plan to return to safer shores next week. Should you choose to read this, may I ask is that you withhold judgment until you’ve read the entire note? My views may prove unpalatable to folks on both sides of the aisle. Regardless of your stance, know that I value and respect you as a friend.

Does a politician’s character matter? Can the champion of fiscal conservative policy have a history of stiffing creditors after recklessly over-leveraging his hotels and casinos —not once or twice, but half a dozen times? Can the defender of unborn human lives be a twice divorced misogynist who paid hush money to a porn star? Can the guardian of law and order refuse to acknowledge, yet alone condemn, racism?  Can the paladin of Christian values eschew charity for the immigrant, spew vitriol towards his detractors and lie through his teeth whenever it suits his purpose? Ultimately, should “enlightened” politicians be expected to model the values they espouse, or does the end justify the means? Are values just the opium of the masses –the anachronistic vestige of an unenlightened past?

One might argue politicians have always had a bad reputation for pandering to voters and supporting public policies they don’t practice in personal life. So, what’s the big deal? They’re all looking-out for number one, it just so happens the one claiming to want to Grow America’s Greatness (GAG) makes no bones about it. One might. However, I think this kind of moral equivalency is a trap. While political realities are complex and it’s impossible to find the perfect person (I believe they crucified the last one a couple of millennia ago), character flaws are not all cut from the same cloth. It’s easy to demonize an opponent and say you’re voting against their dangerous ideology (while telling yourself “they’re both white men over seventy so how different can they really be?”)  It’s not my place to tell you what to believe or whom to vote for. I just hope that when you do, after weighing the candidate’s ideology and stance on the issues, you ask yourself what kind of a role model you want in what’s arguably the most visible leadership post in the world. I hope you vote FOR someone (not against a caricature representing an ideology you fear). I believe the checks and balances instituted by this nation’s founding fathers will keep democracy going, regardless of who heads the executive branch. As a fiscal and moral conservative, I think we ought to hit the reset button and flush-out the countless unprincipled parasites that have figured-out how to exploit ideology and belief.

All this talk of unprincipled politicians has put a bad taste in my mouth. Maybe I better stop while I think I’m ahead and grab myself a donut. Yes, I think I’ll head down to Doughnut Club Backyard for a healthy donut. Not sure what that means, but I’m gonna find-out. 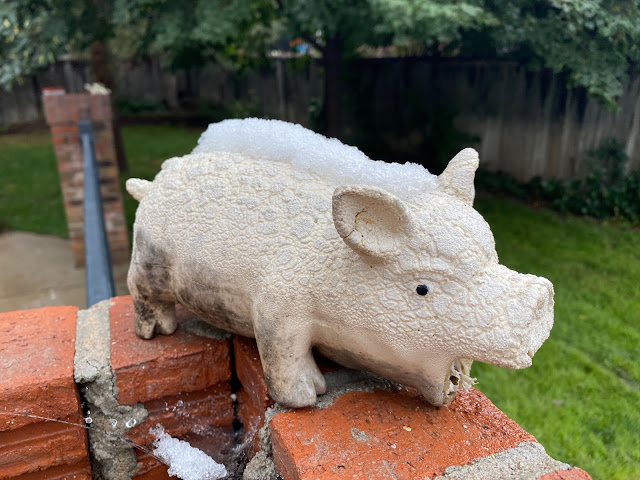