They say you can’t judge a bakery by it’s billboard, yet, its natural to try. External traits feel like reasonable proxies for deeper truths. Eloquent passes for rational, articulate for competent and charismatic for good. We tend to trust proxies for their decent probability of holding true, forgetting that symptoms may have alternate causes. Madmen can be expressive, frauds persuasive and devils charming. So, one might be forgiven for assuming Habit Doughnut Dispensary sells torus-shaped edible THC, despite the fact such an assumption would be wrong. They’re just your run of the mill pricey bakery. That said they do have some very dope donuts (to be clear, “dope” not in the literal sense, but rather, as slang for “great”). Their blazed donut calls to mind a delicious flambe dessert and their strawberry glaze tastes like fresh picked, well, strawberries. You should try it some time. 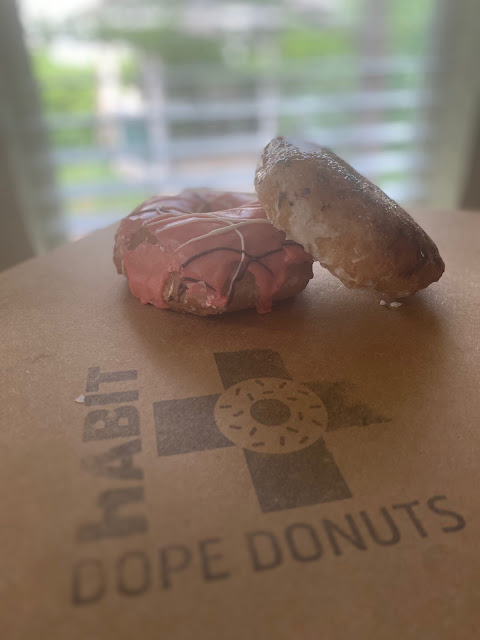