If I had a dime for every time a sublime rhyme comes to mind...

A troubadour tread tracks, traversing the universe, trying to coerce a cursed verse. Asking the sea king, as king, to solicit an illicit listing from a nihilist specialist  – he sought socialist stylists. Breaking bread with a bearded baker whilst imbibing beer, and other arbitrary carbs, with an arborist in dark garb, he forgot his marbles. Failing to find a rhyme of divine proportion, he took to liquor libations with a librarian –and a literal liberal. In his debauchery he watched in tacky Versace the botched Fibonacci dissolve to his anguish. So, the bard broke-out to the beach. Baking in banana boat’s blocker, our bandana-clad sunbather inadvertently bore benzene –this balm’s carcinogenic content caused the cancer it claimed to stave off. Ironic, this inquest for an iconic sonic to rule hegemonic turned so demonic. He went hasty to find a tasty pastry and after a mutant coconut donut he was newly on it. This triumphant truant knew his trove to be true! Whence his inspiration came from, nobody knew –just me and you. 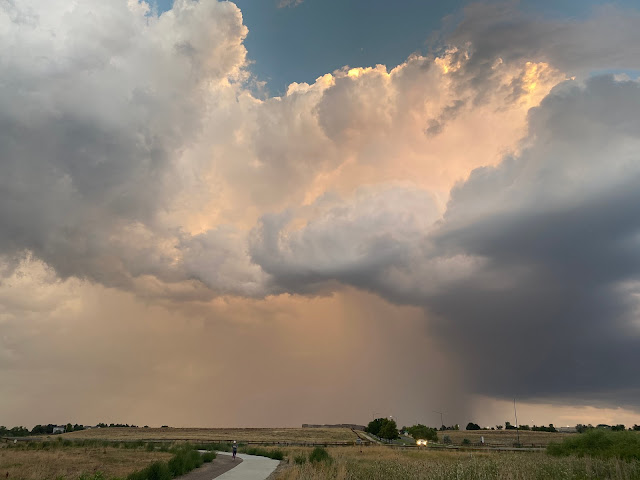 January 07, 2022
Friends, The English language has over 170 thousand words, not counting obsolete and derivative words. With so many words to choose from, selecting the right one can be challenging. The choice between a ten-cent and a fifty-cent word often comes down to the writer’s intent. Informing (or disinforming) the reader vs. amusing (or aggrandizing) the writer. Striking the right balance between clarity and elegance is hard enough without the allure of highfalutin, unnecessary words tempting us to literary lechery (apologies for succumbing to temptation). While the writer’s word choice can hint at their motivation, whether a word is right or not comes down to legibility. If the reader enjoys an article, who cares how much the writer paid for their words. Kind of like a good donut: if it tastes great, who cares about the ingredients. Happy New Year!      The wrong photo ;-)
Post a Comment
Read more