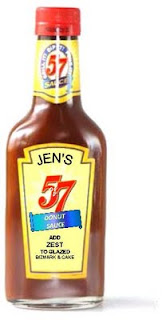 Dear Members and Constituents,
Back in mid-June, I tipped my hat to a product team (the Voice and Stuff girls), in recognition for the valuable work they perform. My singling-out a product team was a likely occurrence. You see, the majority of FDC members (56%) are in the Product Management organization. This should come as no surprise, after all, 32C is a pod dominated by product-types. The organization with the second largest representation, however, is not as intuitive: nearly one in every five FDC members (19%) is in Offer Management. These die-hard fans of the donut travel from the far reaches of our campus (mostly 34C) to get their Friday fix. Within this broad category, one group in particular stands-out: Carrier Markets. 5 members of this 7 person team are of the donut persuasion. Not only are these folks able to get into the heads of our largest customers, they are also able to handle the largest Friday morning donut commutes. It does not matter whether it’s a PTT or a Kripy Kreme; an RBOC or a Bizmark you can count on the CM team to deliver (you decide whether the acronym stands for Carrier Markets or Commute Masters).

It is for this reason that I’m proud to present a (virtual) bottle of JEN’S 5 of 7 donut sauce to the Carrier Markets team. Their valiant and perseverant participation in the Friday Donut Club should be an example to us all. It is my firm belief that the energy they derive from donut consumption is a contributing factor in their having been entrusted with such an important class of customers. This one is for you Jen, Jeff, Kim, Roger and Shiri! (…and Brad and Stephanie too :-)

Now, if the bottle were not imaginary, you could certainly envision them spreading some its contents over one of the five dozen delicious specimens Rohit Kumar (donut boy) has brought in for your enjoyment this morning. Fortunately, the donuts are not imaginary, however, you should probably come on down before they all mysteriously disappear.
Happy Friday!