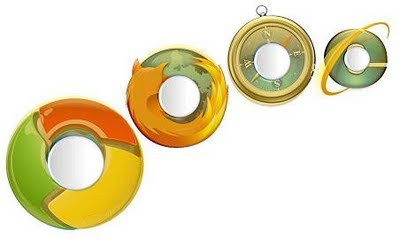 Dear Members and Constituents,
You may have heard Microsoft is launching version 9 of Internet Explorer. Nine! That’s a lot of versions. I will show my age a little by admitting that, at the time, I thought Microsoft could never take-on Netscape in the browser space. I suppose there is something to be said for giving your competitor’s lifeblood product away while integrating it to your dominant operating system. Then again, Nescape’s demise may have been precipitated by the shape of their logo. If you look at all the successful browsers in the market today, they all have one thing in common: their logos are fashioned after the donut. In hindsight, I suppose the writing was on the wall.

I would understand if you’re a little skeptical. After all, how important can a logo’s shape be? Well, let us see… Ford and Toyota have donut-inspired logos. GM and Chrysler do not. JP Morgan Chase and the Bank of New York have donut-inspired logos (and have repaid TARP). AIG, BofA and Citi Group do not (and have not). Alright, so there may be a few financial institutions with non-donut shaped logos who have paid-off their TARP funds (AmEx?). Nonetheless…

Still skeptical? I suppose reasonable minds can disagree. I don’t think, however, you will disagree with Paul Savil (donut boy) and his delectable donut selection at LaMar’s this morning. We’re going to need a fair bit of help with a ton of non-donut shaped bars taking-up over half a box. So come on down and feel free to browse the selection (get it?)