September 10, 2010
Dear Members and Constituents,
Is it just me, or is the press intent on making a bigger deal than usual of things this week? Daylong programming on a single topic, rehashing the old hash with no new news. Don’t get me wrong, I like to be as informed as the next man, and I do feel for the folks who lost their homes. But rambling on-and-on about the goings-on without a shred of new news. Flaming arguments over burning documents. Reporters report about reports they should not have reported. Making a big deal about having made a big deal of the mad dealings of a madman. Seems a bit much. So, I’ve decided to do this week’s news in verse.

Can’t we all just get along?
All hold hands and sing a song?
Radical Christian. Radical Islam.

Why should tensions build so high?
Have a donut, do not fight
Feeding anger. Feeding hunger.

With a donut sweet and tender
To your senses now surrender
Come on down. Come sit down. 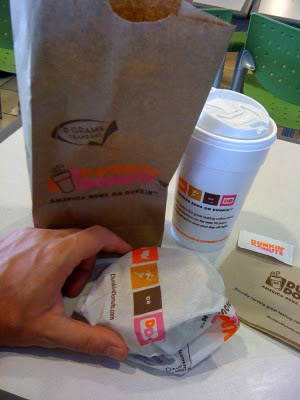 A special thanks to Kevin Meadors (donut boy) for providing us this much needed distraction from world events.
Happy Friday!