June 10, 2011
Dear members and constituents
There's something about the number seven which gives it a certain aura, prestige… some might go as far as to attribute it a lucky status. Since antiquity it has conveyed a special significance. The seven days of creation, seven wonders of the world, seven hills of Rome and Constantinople and the seven circles of hell in Dante’s inferno. Today, this number is prominent in our everyday lives. We find it at the movies –the seven samurai (aka the Magnificent Seven), double-o-seven (James Bond) and seven of nine (Star Trek Voyager). It’s found in commerce (7-UP, Seagram’s 7, seven jeans, 7-11), religion (seven sins, virtues, chakras) and all around us. There are seven days in a week, notes on the musical scale, colors in the rainbow. There are Seven seas, heads in a hydra and holes in a lucky horseshoe.
If you think about it, this fact is particularly curious, given we don't have seven of anything in our body (think, fingers, limbs, eyes…). Perhaps it's because earth is the seventh planet from the sun (after Mercury, Venus, Apollo, Hermes, Minerva and Uranus… ). Perhaps it’s something to do with the alien species that populated earth in Battle Star Galactica. Then again, perhaps it’s a mystery better left for another day. Whatever the case, today is the seven year anniversary of the Friday Donut Club and Andrea Pierantozzi (donut girl) delights us with seven dozen Krispy Kreme donuts (psyche! It’s actually just five). So come on down, just be sure to abide by the seven mile an hour speed limit.
Happy Friday! 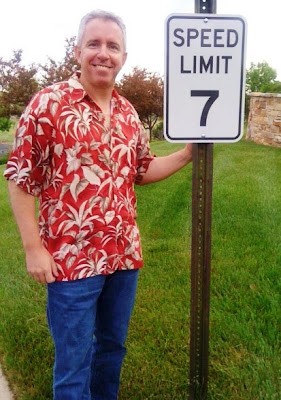