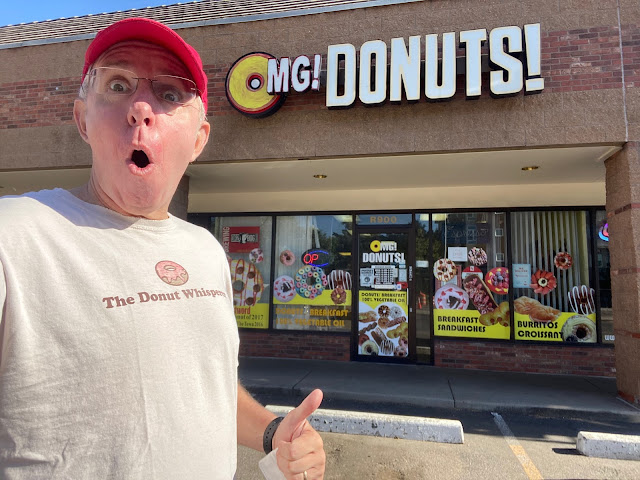 YOLO but, TBH, FOMO does not justify this. IMHO, TLAs are overused. IOW, just B/C you can, don’t mean you should. Granted, perhaps a PEBKAC. FWIW, OGs are guilty 2. WRT this trend, the GOP and DEMs contribute alike. From them we learned terms like NIMBY and it's ugly cousin BANANA. It’s in the news (LMK if you agree MLK would support BLM). It’s in sports (AFAIK, MLB will BRB in July). OBTW, I find the progression from LOL to LMFAO to ROTFL humorous. Anyway, this 4th, you should try OMG donuts (they’re GR8!). Just try not to catch the ugliest abbreviation of them all (COVID-19) while you're at it.

Apologies if this message was TL;DR. Anyway, g2g, so TTYL.

P.S. LMK your thoughts on the DL via DM ASAP.

===[as promised, the translation, in case you missed any of the abbreviations, acronyms or jargon]===

You only live once but, to be honest, fear of missing out does not justify this. In my humble opinion, three letter acronyms are overused. In other words, just because you can doesn’t mean you should. Granted, perhaps a problem exists between keyboard and chair. For what it’s worth, old guys (original gangsters?) are guilty too. With regards to this trend, republicans and democrats contribute alike.  From them we learned terms like not in my backyard and it's ugly cousin, build absolutely nothing near anyone. It’s in the news (let me know if  you agree Martin Luther King would support black lives matter). It's in sports (as far as I know, major league baseball will be right back in July).  By the way, I find the progression from laughing out loud to laughing my freaking arse off to rolling on the floor laughing humorous. Anyway, this 4th of July weekend, you should try OMG donuts (they’re great!). Just try not to catch the ugliest abbreviation of them all (the Corona Virus Disease from 2019) while you're at it.

Apologies if this message was too long and you didn’t read. Anyway, gotta go, so talk to you later.

Postscript: Let me know your thoughts on the down-low via direct message as soon as possible.