There’s a sort of a Mars Rush underway. Missions from China, the UAE and the U.S. are all reaching the fourth planet from the sun this month. The U.S. just landed a new SUV-sized rover on Mars. Perseverance survived the seven minutes of terror (about the duration of the song “working man” by Rush), made it safely onto the surface of the red planet and is now traversing an alien shore. Speaking of which, why does my Rush station play Pink Floyd, but my Pink Floyd station never plays Rush? I understand why Pandora would choose Alan Parsons Project as complementary to Pink Floyd (but not Rush) or Yes as having an affinity with Rush (and not Pink Floyd). But, if one plays another’s songs, shouldn’t it be mutual? It’s like Rush is the geek that bends over backwards for the popular Pink, who doesn’t even notice, let alone reciprocate. I know what you’re probably thinking: who still listens to Pandora when Spotify is so much better? Call me old fashioned. That said, before I begin the day with a friendly voice, I’ll reach into the pink box, grab a voodoo doughnut and let my mind wander off to the red planet. We’ve got Mars in the horizon and I wonder what discoveries lie ahead. 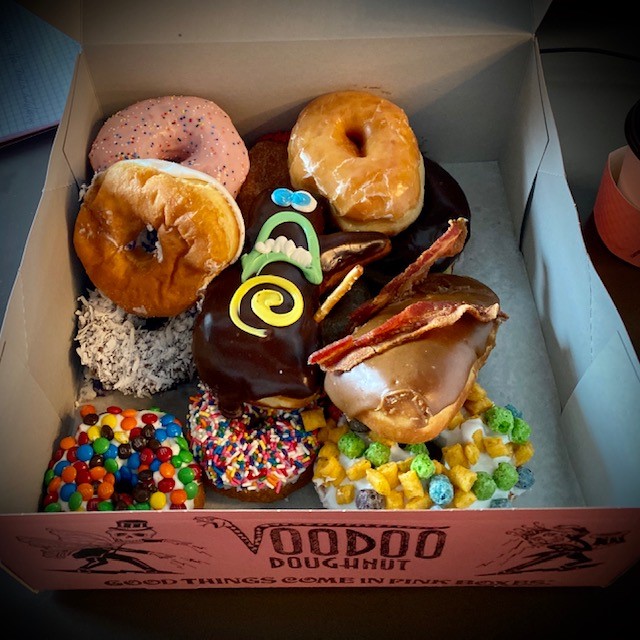