This week, my wife scared me half to death. I was so absorbed reading Plato, I had not noticed her sitting behind me. So, imagine my surprise when I turned to find a masked Greek theater performer (or, as it turns-out, my wife wearing her beauty treatment). While my pulse slowly returned to normal, I started wondering why Greek names haven’t caught on. After all, Greece is the cradle of civilization. Then again, perhaps the foreign-sounding appellatives add gravitas to the great philosophers of old. Would Socrates come down a notch if the folks in his dialogues had ordinary names like Bob, Joe or Mike; instead of Euthyphro, Crito or Simmias? Let’s take the phone booth time machine* out for a spin, babble fish** in ear, to the 5th century B.C., where we can be a fly on the wall for a random philosophical discourse:

Alright. So maybe I laid-on the Bill and Ted/San Dimas High, too heavily (or was that Hillbilly and Ted?) Still, you get my point. Or, maybe you don’t, after all, donuts – Loukoumades, if you’re Greek — have no angles. To paraphrase Homer Simpson, that other great philosopher, mmm… loukoumades! 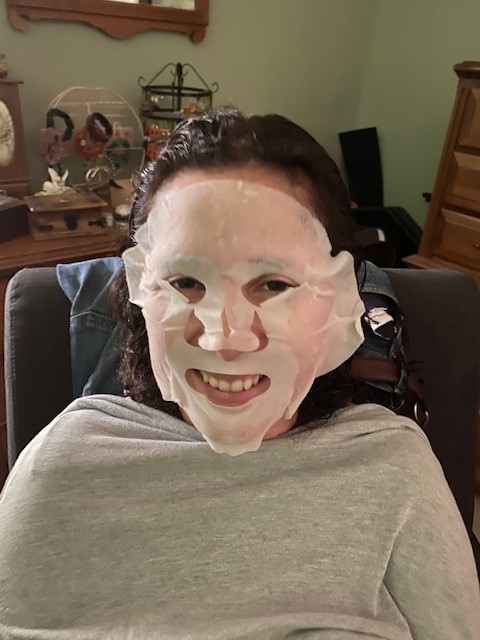 Monica playing the part of ​Xanthippe – or, perhaps the gorgon Medusa?

* A reference to Bill and Ted's Excellent Adventure.

** A reference to the Hitchhiker's Guide to the Galaxy.