Revenge of the Donuts

As SARS-CoV-2 mutates, the resulting variants appear to be joining the fraternities and sororities featured in the classic 1980s film series: Revenge of the Nerds. While the Alpha Betas (UK and South Africa variants) have fallen-out of favor, the Delta Pi’s (India variant) are leading the resurgence in hospitalizations amongst the uneducated… I mean, unvaccinated. Meanwhile, the tri-Lambda variant appears to have been around for a while and is quietly making the rounds in South America. I suppose that means Omega Mu will be making their theatrical debut soon. I also suppose that if you never watched the movie you’ve tuned-out, or are very confused. In any event, this nerd is going out to grab a donut before the day gets too crazy. 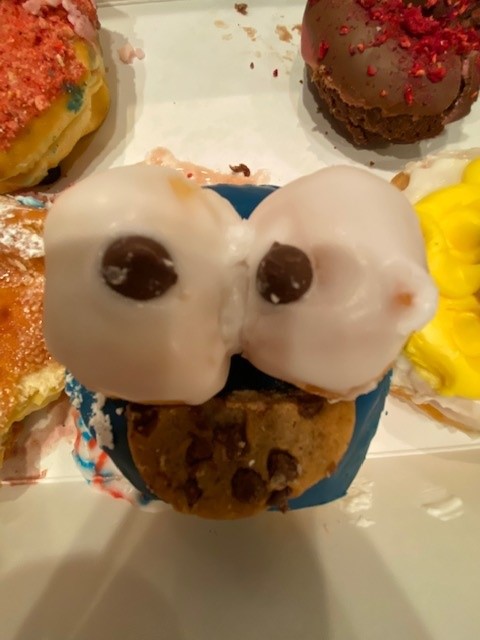 Cookie monster donut, or unidentified strain at the Greek Games?