The term "anachronistic" has come-up a couple of times in discussing Queen Elizabeth II's legacy and succession. It seems awards like the Order of the British Empire and titles like Defender of the Faith may be remnants of a bygone era (one might argue "monarchy" should be on that list). I'm reminded of the trend in the U.S. to rename anything and everything, from sports teams to schools to landmarks. I don't know why this trend irks me so... it's not like I have any pride of ownership in any of the names being changed --and, to my knowledge, nothing is named after me. I suppose it's plain old resistance to change... constant, inevitable change. Today Chuck III succeeds Liz II. Some day Billy V may ascend to the throne --assuming he survives his father, still wants and is fit for the job, and the job is still available. The longer we live, the more change we face. Like a snake that sheds its skin in order to grow, we too must shed prejudices, misconceptions and bad habits. And so, mountains may turn to valleys, the sun burn out and the human race extinguish. Heck, one Friday, I may decide to stop writing my donut missives -- or force majeure may prevent it. Not today! Despite the late start, I made it to Dunkin', got some coffee, donuts and inspiration. Better late than never. 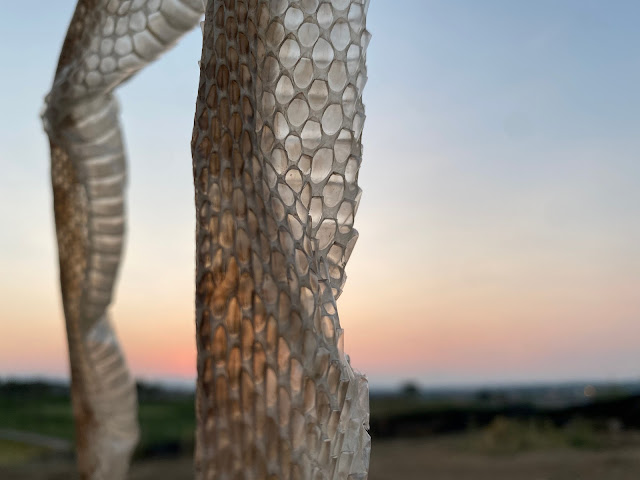