August 16, 2019
Friends,
What do you do when you have a 21 hour layover in San Salvador, El Salvador? Spend it at the airport? Of course not! You get out and discover a place that, while not on most folks’ bucket list, surely has a lot to offer. Granted, there were some practical considerations. Could I get a visa at the airport and explore? –yes, for a $12 fee. Should I rent a car in a city ranked by the Economist as having the highest per-capita homicide rate in the world (excluding war zones)? –no, tempting as the $15 daily rate was, I didn’t want to drive to the wrong side of town end end-up dead. Could I leave my carry-on bags somewhere at the airport? –no, unfortunately there are no lockers. The solution came in the form of Julio César, my Über driver who agreed to show my son and I the sites for $50, plus gas. It was amazing! Sure we had a false start. La Puerta del Diablo (the Devil’s gate), our first stop, had been closed for remodeling for a year, so all we saw were some zinc sheets meant to keep people out. After that, things got better! San Salvador volcano, a short hike to the edge of a deep crater with a cool-looking circular feature at the bottom of the chasm (known as el Boquerón). The views from the rim were amazing and our ten year old tour guide wasn’t bad either (after school he makes some spending cash by tagging along tourists and making conversation –so spare me your child labor quips). While my panoramic picture below doesn’t do it justice (I didn’t have a drone to take a picture like this), trust me it was humbling seeing this artifact of the 1917 eruption that devastated San Salvador.

We saw the statue of Cristo Salvador del Mundo (Christ the Redeemer of the World), the Cathedral, Presidential Palace, National Theater and old(ish) town (the city was last destroyed in 1917, so it’s not as old as other places on the map). 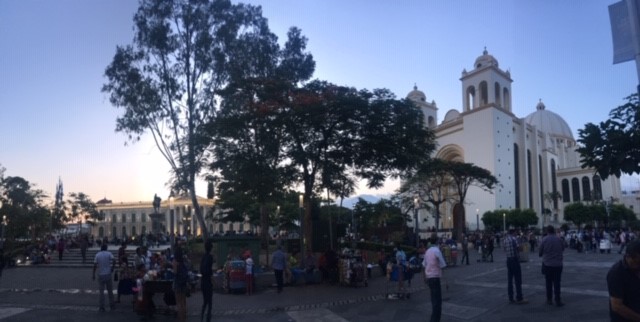 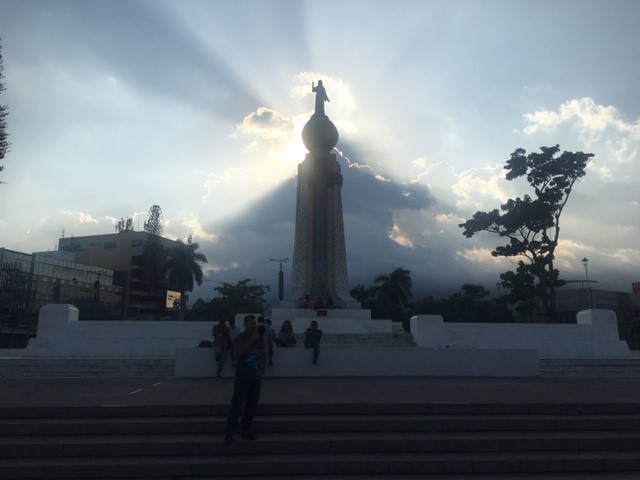 We drove through streets where pedestrians, motorcycles, cars and busses intermingled in a chaotic choreography that might give American drivers the willies. We posed with Oscar Romero, the city’s iconic archbishop who was murdered in the 1980s for speaking-out. 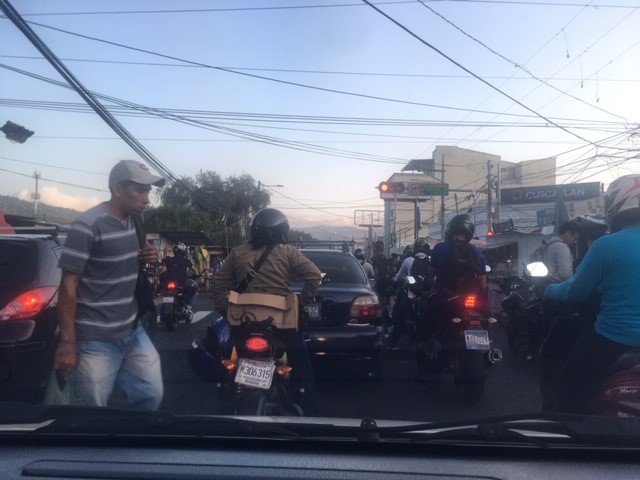 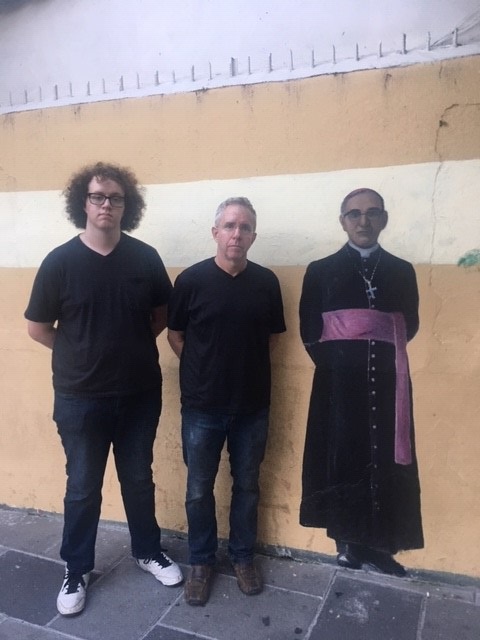 And we ate –boy did we eat! Pupusas, of course. Loroco (an edible flower), ayote (Salvadoran pumpkin), jalapeño and bean pupusas. Relleno de Güiskil (an amazing casserole made with an eggplant-like plant in the pumpkin family that tastes sort-of like green tomato),  Nuégados (fried yucca dough served with syrup), plantain everything (made into a cake, a canoe or fried), Rigua (a sweetish, sourish, thick corn tortilla) and Atol (a corn-based drink). My one regret, not having stopped at Mister Donut to bring you all some donuts (I have no excuse, really, the sign says it’s open 24 hours!). 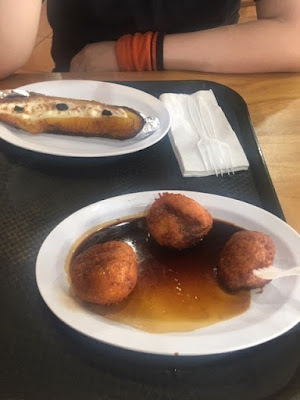 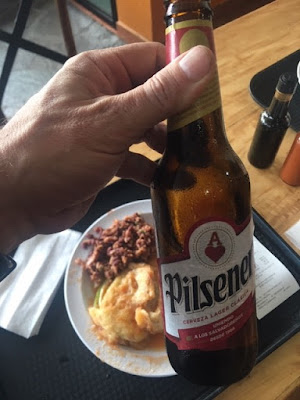 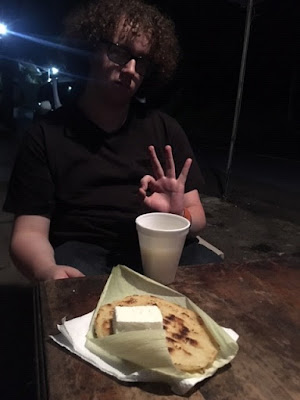 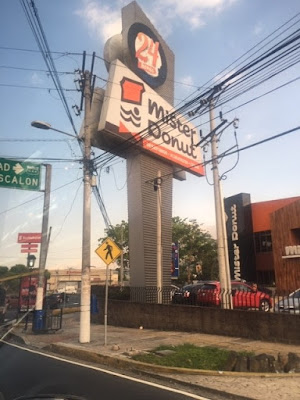 Now, I realize some of you may confuse El Salvador (the country I visited Tuesday) with Ecuador (the country where I spent a good chunk of the summer). Next week I will attempt to remedy that by compiling some photos from my trip to Ecuador. Meanwhile, enjoy your day!

Stephen said…
I loved my trip to El Salvador! I ate at a restaurant partway up the volcano. They told me the view was amazing, but the rain was coming down so hard we couldn't see anything. The food was amazing there and everywhere I ate my whole trip.
August 17, 2019 at 9:17 AM