Mainstream theoretical physicists are seriously contemplating the possibility that the three dimensional universe as we know it, is encoded on information contained within a two-dimensional plane. According to Dr. Matthew Headrick, an expert in the field, this mind-numbing idea “helps us to solve some of the thorniest puzzles that arise when you try to combine quantum mechanics and general relativity”. It occurs to me this Holographic Principle, as it’s known, has some unexpected ramifications. If the universe is an encoded hologram, was a programming language used to code it? If so, the Judeo-Christian account of creation in Genesis 1 might point to the Coder. The expression “God said” is used eight times to describe the act of creation. God uses language (presumably a programming language) to make everything. Spooky! At the risk of taking this too far, the first three verses of the gospel according to John say that through “the Word” all things were made (Jesus as the programming language?). Alright, alright, now I'm stretching. Then again, if the language is binary, I think donuts would make great zeros and long johns awesome ones. Hmm... I think I’m gonna go code me some breakfast. 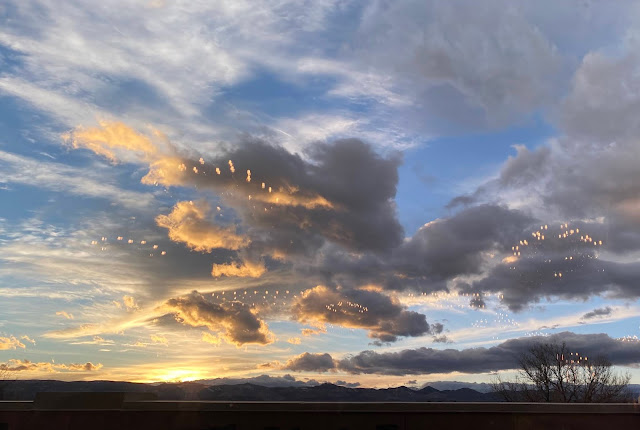 Bruce.E.Camber said…
Before going to two dimensions, try defining the simplest three:
1. What if we accept that Max Planck's 1899 calculations are correct... many have.
2. What if those numbers for space and time represent the smallest possible units?
3. What if those numbers, along with Planck's other base units, give us a proper description of the very first instance of space-time?
4. If so, what does it look like? ...Lemaitre's primeval atom or Wheeler's quantum foam or perhaps a simple sphere?
5. What if it is a simple sphere and it is defined additionally by the characteristics of pi, circles and spheres, i.e. continuity, symmetry and harmony (Fourier transform)? http://81018.com/precis/

That gets us started. Granted there are a few open questions, but at least we have a bit of a different start. Chart: http://81018.com/chart/

Can't we work out the details from here?