Context and experience separate the ordinary from the extraordinary and the mundane from the amazing. If I told you a helicopter flew twice this week, you’d be forgiven for wondering why I even brought it up. Helicopters, after all, take to the air all the time. So ordinary. This particular helicopter, however, happens to be on Mars. Ingenuity (the little drone’s name) took to the very thin Martian air and performed the first (and second) controlled flights ever on another celestial body. Quite extraordinary! Now, if we had a fleet of these machines on the red planet making dozens of routine flights a day, no news outlet would consider it noteworthy (unless it was a for a fluff piece). Similarly, documenting the existence of a fairy or a ghost would be quite amazing. But, if these same mythical creatures were something you could go to the park and see whenever you please, they’d be a rather mundane experience. In fact, if enough of them were out there they might even become a nuisance —my dog ate another pesky fairy last night and almost flew over the fence again. Makes me wonder what other amazing things I take for granted every day, just because they’re not scarce. Maybe the next time I swat a fly I’ll pause in amazement at the wonder of a small creature capable of such intricate aerial maneuvers —and then proceed to smash it’s guts onto the glass pane. Which is a terrible transition to donuts (well, the part about the guts, not the part about the awe and wonder). You get the idea. Enjoy your donut. 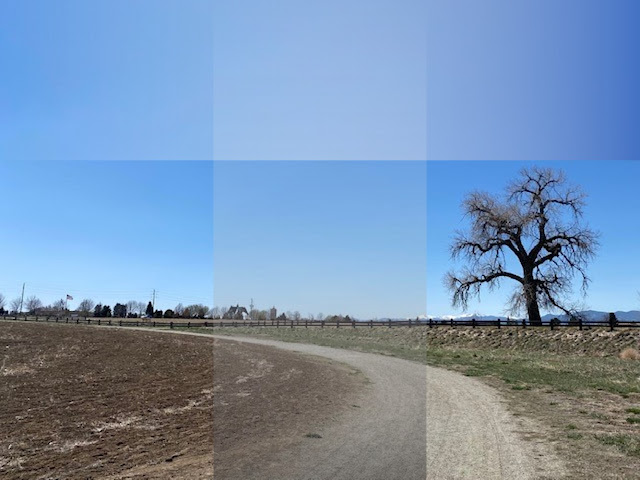 Nothing to see here, just an ordinary cottonwood tree in an unremarkable field