As the world marvels at the first batch of Webb Space Telescope images, I'm reminded we are all made of star stuff. Carl Sagan knew ancient stars were born, lived and died to make the stuff of which we're made (anything heavier than Beryllium originated in a dead star). We borrow these elements for a while to lead our star-struck lives. Then, one day, breathe our last, and the stuff that was us is spread to the four winds, laid to rest in a cemetery, embedded in a columbarium, stored in a mausoleum or buried in a crypt. If you happen to be in Cuenca and in the mood to tour a crypt, there are two options. Located a block apart from each other these very different final resting places sit under the city's old and the new cathedrals --think of them as the Hubble and Webb of crypts. One served its purpose well for many years, the other is newer, and much bigger. 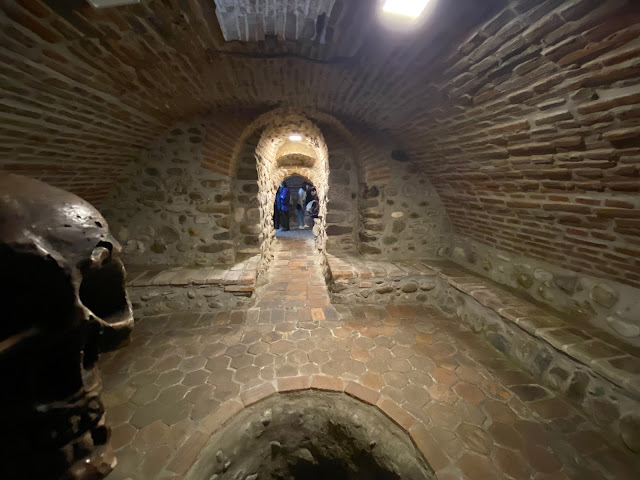 The 16th century old cathedral (Hubble, if you will) is now a museum. It has six small crypts, the largest of which has been restored and opened to the public --its bones removed. It is dim, dank and would make a great setting for a scary story. As you go down the steep narrow steps, an earthy smell takes over. Once your eyes adjust to the din, the stone and brick tunnel leading to a small chamber comes into focus. The benches are actually "rotters", surfaces where bodies were laid and covered with lime to speed the process of freeing the bones from the flesh. A large pit at the center of the chamber is the ossuary, once filled with bones. 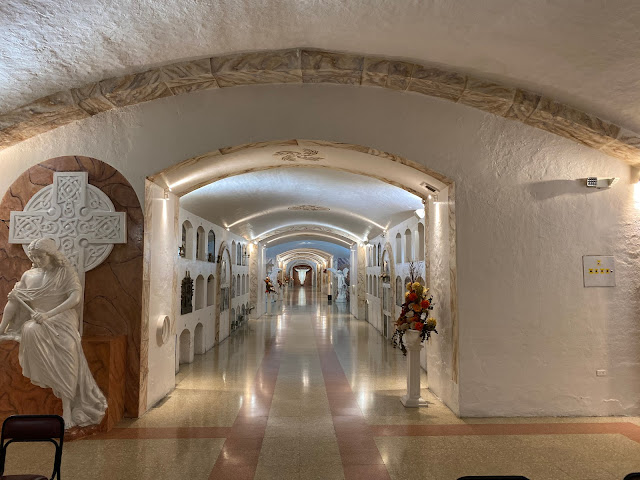 Bult in the late 19th century through mid 20th century, Webb... I mean, the new cathedral, is big --as is its crypt. Enter the 300 foot long valut and the greeting sign reminds you "here, we are all equal". The neat rows of smooth white tombstones are in stark contrast with the rough, dark surfaces of its predecessor. While stars can't be seen under a church, a dead star's name (i.e. illustrious person) might make a cameo appearance on a tombstone --I suppose even in death, some are more equal than others. 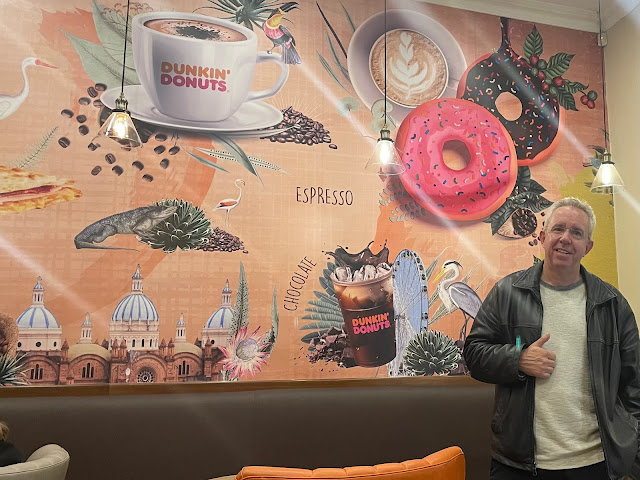 Coming out of the crypt, the first thing to hit you is the fresh air. Breathe! Then, head down to the restored home of one of the city's late 19th century matrons. Conveniently situated next to the old cathedral, this french-style villa turned food court has among its many options a Dunkin' Donut. Yup! Take your place back amongst the living by indulging in a sweet treat and walking across the street to the central park so you can contemplate the stars. Night has fallen and somewhere out there in the second Lagrange point sits Webb, ready to beam back even more impressive discoveries.
Happy Friday!