October 23, 2020
Friends,
Patterns are ubiquitous to those who seek them —and humanity tends to seek them. Our brains try to make sense of everything, even chaos. The patterns we impose on random events are a conspiracy theorist’s wet dream. It seems we’re so predisposed to create patterns, that a team of scientists spent a decade in the late 1940s and early 1950s creating a random number “bible” which could assure market researchers and quality control workers everywhere that their samples contained no bias. As it turns out, even that valiant effort wasn’t as successful as had been believed for the past 65 years. Just last month, someone poked a hole in THE definitive random authority: “A Million Random Digits with 100,000 Deviates”. Does that mean millions of gallup polls done before the age of computers should be thrown-out? Nah! –the numbers in the book are still pretty darn random.

Are people lousy at randomness? Absolutely! Still, one can try. This week I thought I’d share some “random” observations with you (in no particular order).

Random observation 2. I saw a naturally mummified baby snake on a walk the other day. The staged photo I took reminds me of Nehushtan, Moses’ brass snake which healed bitten Israelites looking upon it during a particularly nasty infestation as they fled Egypt. This prefigure of Christ on the cross had become an idol by the days of king Hezekiah and was the center of an early iconoclastic movement. Needless to say, I didn’t keep the leathery carcass, lest it become a fetish. 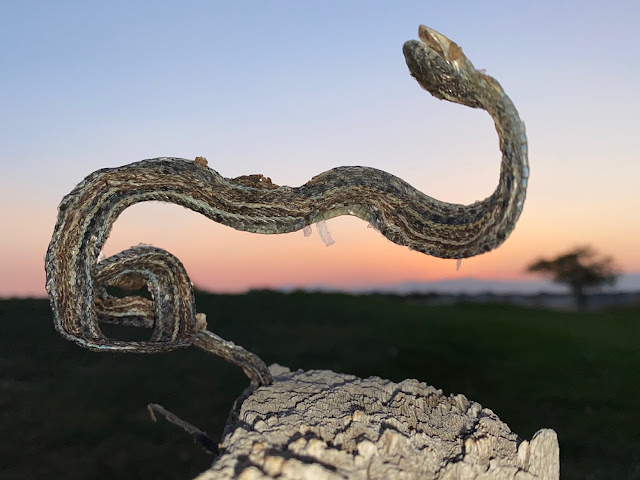 Random observation 1. My dog Tina sometimes does handstands to pee. Doubting Thomas that I am, I couldn’t take my wife’s initial claims about the odd behavior on face value; needing to witness it for myself. Once confirmed, I spent a week trying to capture photographic evidence. Alas, like the elusive bigfoot, catching her at the right moment, from the right angle, is easier said than done —and when one does, the resulting photo is not ideal. 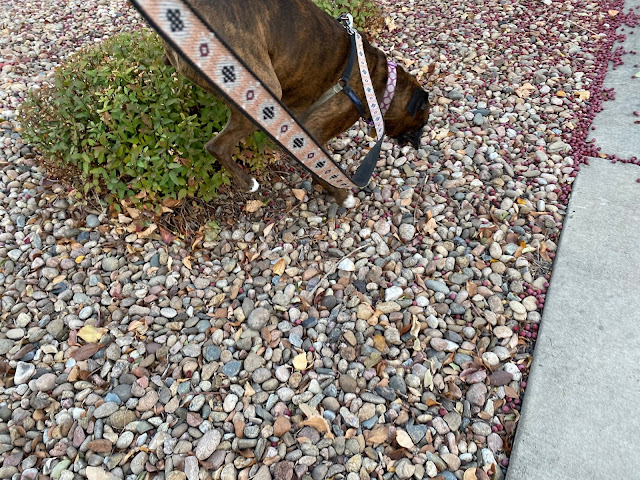 Random observation 7. A scummy pool next to a busy road can look beautiful if framed properly in the right light. I’m not talking about the grand prismatic pool at Yellowstone National Park, either (which, come to think of it, does fit the bill –a tourist trap deriving its colors from the different colored scum that grows at different temperatures and is best appreciated from a birds-eye view). As you see in the photo, I’m talking about a nondescript, everyday scummy pool. Beauty is all around us, we just need to let it in. 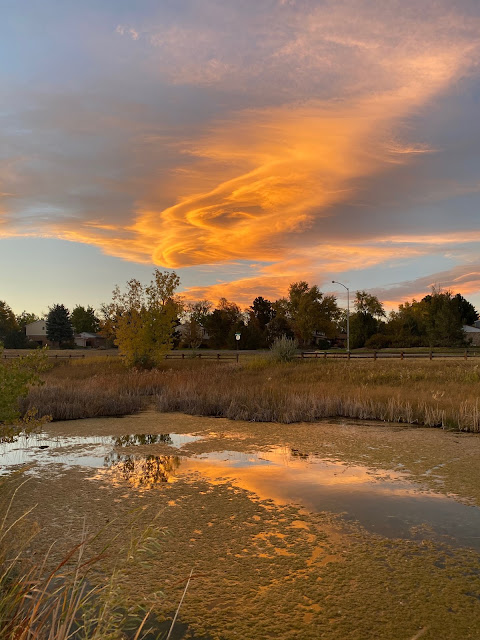 All this random talk is making me hungry. I suppose I’ll head-out to Dunkin’ and ask for a dozen randomly selected donuts. I’m sure there will be some sampling bias. Then again, I can’t go wrong no matter which donuts I get.
Happy Friday!